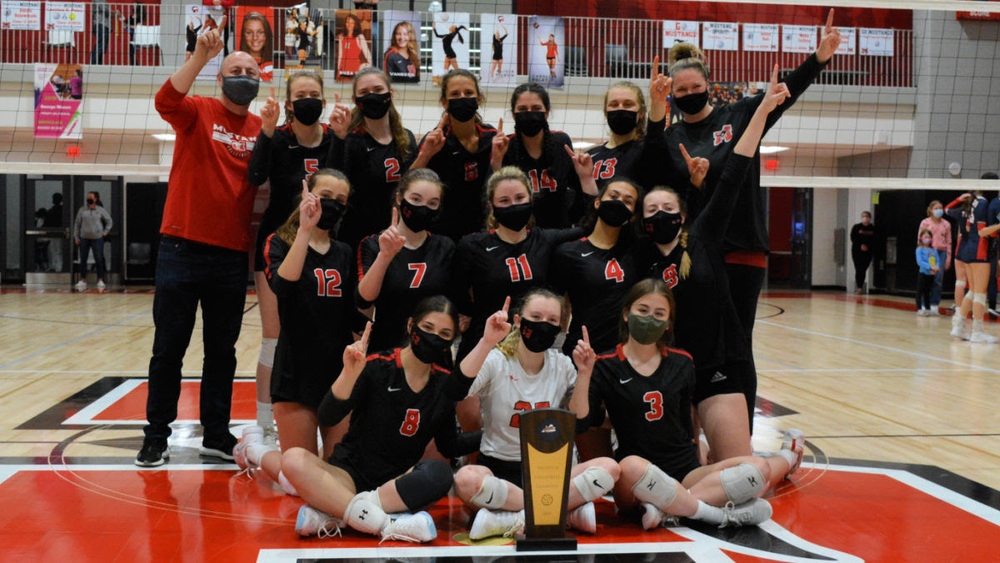 On Friday night in the Mustang Gym, the HS Volleyball team took on Independence HS in the Region Final. It turned out to be the Mustang's longest match and most dramatic win of the season.

Independence won the first set, and then the teams alternated wins, leaving the score at 2-2 with the final set left to determine who would advance to States. The Mustangs came out strong, going up 5-0. They looked dominant through the final point, winning 15-8, and the fans erupted with cheers and applause.

The undefeated team moves on to States, with the first match on Tuesday when New Kent, from east of Richmond, comes to Falls Church. Roll 'Stangs!