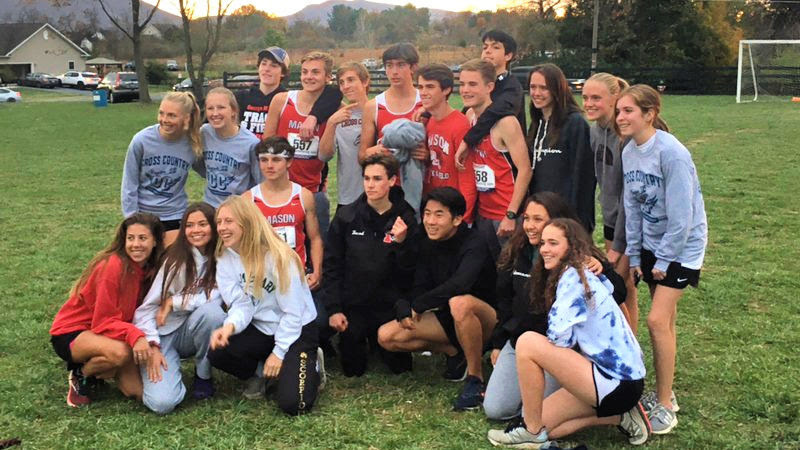 The GM Girls may have needed a tie-breaker on Tuesday at the Region meet, but they made it, qualifying for States again, making it 21 years in a row!

The Girls' team tied for third with Warren County at 89 points. When that happens, you determine a Cross Country race's score by the 6th runner's finish. Mason's sixth runner was ahead of Warren's, and the Mustang Girls move on to States. Lauren Mellon, in 12th place, led the GM girls earning All-Region.

The Mason Boys also earned their spot in the State meet. The boys' team came back to beat Central, after a narrow second-place finish to them at Districts, placing third. Colson Board (13th) and Victor Gedeck (15th) led the boys with their All-Region finishes. The Boy's team qualified for States for the 4th year in a row.

The teams will compete next Saturday at the Class 3A State Meet at Green Hill Park in Salem, a new location for States.

While many students had time off from school earlier this week, fall athletes competed through the break, running above and playing in post-season games. Read on:

On Tuesday, the girls took on Maggie Walker HS in the Henderson Gym and triumphed 3-0 in their Region QF game. Tonight at home, they play in the Region SF at 6:30 p.m. against Independence HS out of Ashburn.

On Friday, the Field Hockey team played Charlottesville HS in the Region QF for a 1-0 win. The finish advanced the Mustangs to the Semi-final against James Monroe in Fredericksburg on Tuesday, which GM lost. The Mustangs play the consolation game tonight, away against West Albemarle at 6:00 p.m.

Still in their regular season, last Friday, Mason lost to William Monroe on the road, taking their record to 4-5. This Friday night at home, the Mustangs take on Brentsville at 7:00 p.m. in their last regular-season game, with senior night recognitions at the half. Their post-season play is TBD.