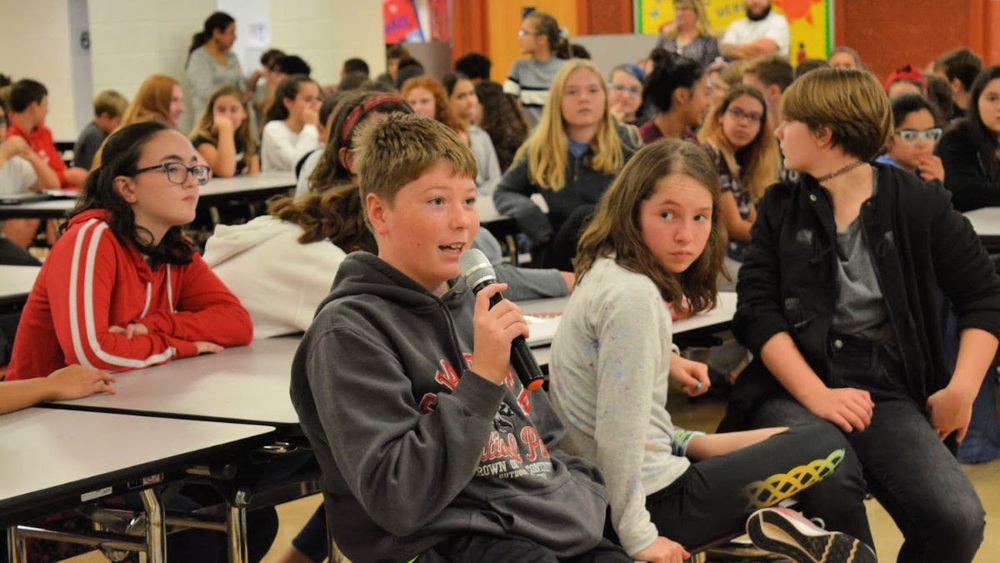 On Thursday, October 31, the first one of this year occurred during Husky FLEX. The meetings are run by the student council representatives.

There was time for administrators to give status reports on issues brought up last year, including clubs, bathrooms, and lunch offerings. New topics students brought up at yesterday's town hall ranged from class transition times, use of lockers vs. carrying back packs, and follow-ups on campaign promises.

John Daniels, a constituent liaison from Congressman Don Beyer's office, was on hand to observe the democratic process.